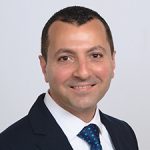 What is a lookahead schedule?

A “look ahead” is a concept that can be applied to a level one, two, three, or four schedule. The more detailed the schedule, the narrower the duration of the look ahead. Lookahead schedules are typically prepared by the contractor to coordinate work in the near term. Depending on the size and complexity of the project the “near term” can range from two weeks to several months.

A common application of lookahead schedules is on projects under construction as a way to coordinate activities that may have started the week prior, but are continuing into the week under scrutiny, as well as activities one, two, to three weeks ahead.

What does a lookahead schedule include?

Lookahead schedules include activities, resources, and labor that are too detailed to include on a project’s construction schedule. They contain the most specific details possible on activities such as: 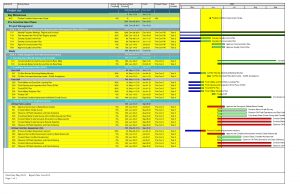 Specific activities seen on a lookahead schedule that are NOT typically seen on a project schedule might be:

People tend to forget about the challenges that they are going to face for a certain activity to be completed. I’ve seen people’s natural optimism bias [the universal tendency to underestimate the chance of experiencing a negative event] lead to unrealistic activity durations or insufficient planning which lower a schedule’s reliability.

The more you get closer to an activity, the more you start to realize that, okay, it’s not that easy. I need to handle this issue, I need to get in contact with that person, I need to do that preparation, etc. Lookahead schedules help to address that optimism bias by highlighting an activity’s material or resource constraints and dependencies. This gives the CM, contractors, or trades a realistic view of the challenges ahead and allows them to problem-solve or adjust the projected durations before schedule overruns happen.

All of these efforts create a more realistic estimate of activity durations. The process of detailing and troubleshooting activity constraints hidden within the schedule really increases the lookahead schedule’s overall reliability.

The lookahead schedule documents who is responsible for each aspect of a project. This helps to hold everyone accountable for their scope and responsibility. That clarity and mutual accountability really help keep a project on track. That’s why scheduling is an essential tool for project management.

How are lookahead schedules prepared or delivered?

Basic lookahead schedules can be created in Excel and don’t include logic ties. Excel offers a simplicity and accessibility that might be appropriate for low complexity projects. More sophisticated contractors on complex projects generate the lookahead schedule from the scheduling software itself, either Microsoft Project, Primavera P6 or NetPoint, by running a filter showing activities within the lookahead’s time frame with a certain duration. 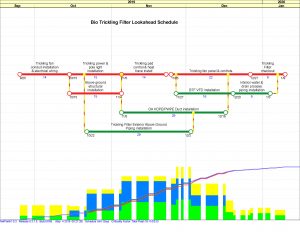 Sometimes when the lookahead preparation entails breaking down general activities into smaller ones, while allocating the associated resources, NetPoint is a perfect tool to simulate more than one scenario based on the availability of resources and work restrictions. Usually, these lookaheads are prepared in a live session with the client where we can move activities around based on discussions and see the outcome on the spot.

How are lookahead schedules used in lean construction?

Lean construction practitioners often recommend a “look ahead” into work one and six weeks out. This facilitates conversations with trades that reveal barriers which could present themselves once an activity is scheduled to start. Problem-solving early in the construction process before activities are scheduled to begin is key to avoiding delays.

Has BIM or 360 video changed how lookahead schedules are handled?

The use of 360 cameras to scan a worksite to log progress has certainly closed the lag between work completion and when that information is logged and accessible for other stakeholders. But we have a way to go before work progress is tracked in real-time and directly linked to scheduling software or logged in the BIM model.

The global construction industry was predicted to grow by 3.1%. As the year progresses, construction…

Project controls encompass the processes and tools used to plan, manage, monitor, and…

When pharmaceutical, biotechnology, and medical device companies are expanding their facilities today for…

Construction in the Pharmaceutical and Biotechnology Sector

Deliver Successful Projects with a PMIS

How do you ensure schedule reliability? There are probably 50 different things to…

Warm-water capture reduces the need for duct heaters in the air handling system,…

From Shanghai to Boston: How to start a career in the Construction Industry

Value Engineering (VE) is a phased methodology used to analyze a product, project,…

Analyzing exhaustive, complex schedules is often overwhelming for non-schedulers. What if you could…

The Digital Transformation for Construction