PMA is pleased to announce the promotions of Clark McCormick and John Zann. Clark McCormick has been promoted to Managing Director in PMA’s New England operations group, led by Steve Rusteika. John Zann was named Managing Director in the Great Lakes operations group, led by Robert Sanders. In making this announcement, PMA leadership noted: “In every instance, John and Clark demonstrate the PMA DNA that we cherish in PMA leaders. They bring both the technical competency and emotional intelligence required to succeed in their new roles. Their level of expertise and well-rounded background will be a significant asset to PMA as Managing Directors.” 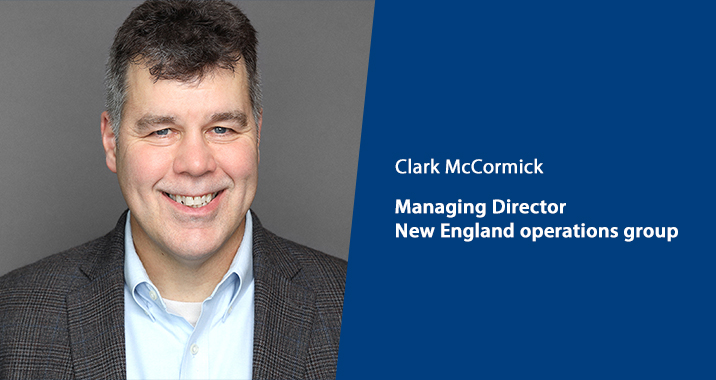 Clark McCormick joined PMA in 1996. One of his first PMA assignments was the $14.7 billion Central Artery/Tunnel (CA/T), aka the “Big Dig.” After completing work on the Big Dig, Clark managed several additional high-profile projects and has become a trusted and proven advisor to PMA clients.

Clark is a veteran of the US Navy and retired from the US Naval Reserve with the rank of Commander in the Civil Engineer Corps. Clark earned his bachelor’s degree in petrochemical/natural gas engineering from Penn State University. He has continued his education throughout his career, achieving a Professional Engineer license, LEED AP and construction manager certifications, and a Massachusetts Certified Public Purchasing Official. His contribution to the profession also includes serving as president of the New England chapter of the Construction Management Association of America.

Clark continues to develop new opportunities, pursue new projects, and grow existing client relationships. Currently, he is managing nine projects, and that number continues to grow. Clark sets a strong example by going above and beyond to exceed client expectations. 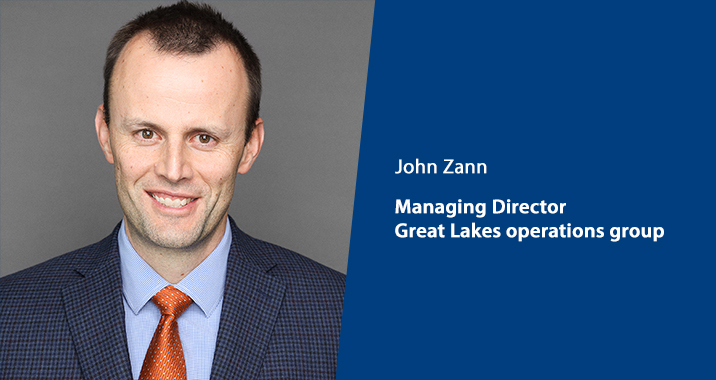 John Zann joined PMA after earning his bachelor’s and master’s degrees in civil engineering from the University of Michigan. He went on to earn a Michigan Professional Engineer license and a LEED AP certification. John is also a member of AACE International Great Lakes Region. During his 26 years at PMA, he has effectively put his academic knowledge into practice for the benefit of our clients.

John’s professional growth exemplifies the grinder-minder-finder model that PMA advocates. During the early years of his tenure, John became proficient in many of PMA’s core services, including cost, schedules, and contract documents. Whether he is providing project controls, claims, project management, cost, or scheduling services, John is committed to developing the best possible outcome.

John continues to be a sought-after resource by clients seeking solutions for major water projects, public building and infrastructure improvements, and interstate utilities. Through these opportunities, John demonstrates his skills and knowledge and earns the trust and respect of his clients every day.

The Executive Board and the Office of the CEO congratulate both Clark and John on achieving this significant milestone in their careers at PMA.

PMA is proud to announce that the $160 million Saugus Middle-High School project in Saugus, MA has received the Best…

Peter Emrich is a Senior Associate with PMA’s Boston Team. Peter served in the Navy…

PMA is proud to announce that the $160 million Saugus Middle-High School project in Saugus, MA has received the Best…