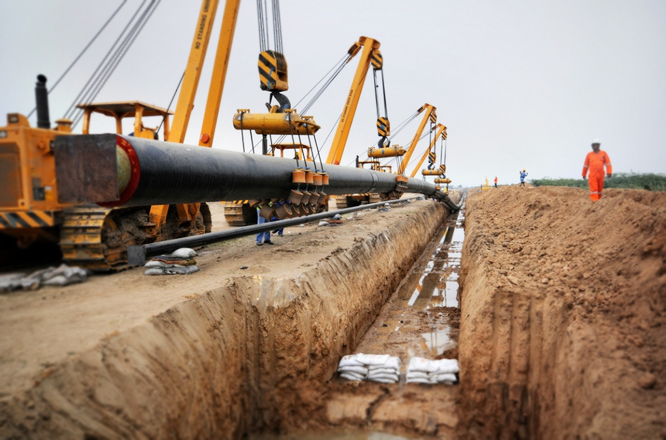 Cairn India is the developer and operator of the Rajasthan Block in northwest India. In Phase I of the development, Cairn developed the Mangala oil field, constructed an oil processing terminal at the Mangala site, and constructed an intermediate oil terminal in Viramgam, as well as the world’s longest heated oil pipeline, which spans 670 kilometers. These facilities were placed in service in 2009. In Phase II of the development, Cairn is expanding the Mangala processing terminal, developing the Aishwariya and Bhagyam oil fields, constructing another oil terminal in Bhogat, and lengthening the heated oil pipeline by another 70 kilometers to allow Rajasthan-produced oil flow to the Salaya terminal, as well to offshore marine facilities to allow transportation of oil via tanker ships. Current developments include enhanced oil recovery, development of satellite fields in the Rajasthan region, and further improvements at the Mangala Processing Terminal.

Since 2008, PMA has provided independent cost and schedule risk analysis, mainly to serve as a cross-check of cost and schedule forecasts for completion of each Rajasthan facility. PMA’s probabilistic-based forecasts have proven to be “uncannily” accurate, according to the client.